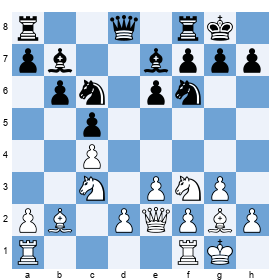 A prominent Réti tabiya. In Pantsulaia - Fridman Black played 11...Qc7, which, depending on which Grandmaster authority you ask (Mihail Marin or Alexander Delchev), is either a loss of time or a flexible move! Following 12.Nb5 (Marin's recommendation) 12...Qb8!? 13.d4 Fridman played the mysterious 13...Re8!?, which appears to be directed against a future d4-d5. A complex struggle ensued where White succeeded in favorably opening the center but failed to land a decisive blow. 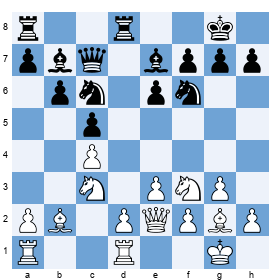 Go to ChessPublishing to see more of the very latest Réti Opening theory!