Quite a variety of openings today with Gashimov showing his faith in the dynamic Modern Benoni and Ponomariov again playing the solid 'Berlin Wall' in the head-to-head battles amongst the leaders.

Wang Yue played a slightly suspicious variation in my opinion, but got away with it as he managed to get enough activity for his pawn.

Ivanchuk loses his second game (this time after over-pressing) and slips to last place. 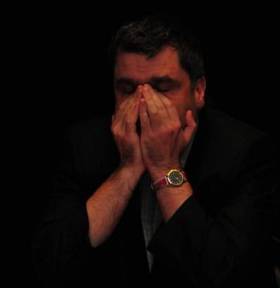 Oh no not again! © official site

Only six decisive games out of 28 is a very low percentage at any level.