The Open takes place from the 22nd to the 28th of October in the theatre in Bastia. 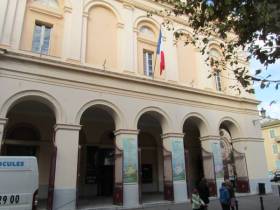 The theatre in Bastia

The highest-rated players are Laurent Fressinet of France, Krishnan Sasikiran of India, Ivan Cheparinov of Bulgaria and Rauf Mamedov of Azerbaijan.

Then the top 14 will qualify for a knock-out rapidplay event where two invited stars will also compete. Last year's winner Shakhriyar Mamedyarov is already here, watching his probable opponents before giving a simultaneous display on Thursday, whereas World Champion Viswanathan Anand will be coming later.

There are excellent prizes 60,000 Euros, with another 5,000 Euros for a Blitz tournament (sponsored by Orange, with the rate of play being 3' (+2") per move) on the 29th, also in Bastia, when most of the Knock-out rounds will take place. 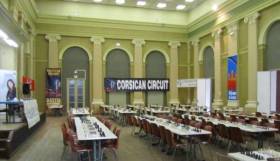 The Final however will be held in Ajaccio (Corsica's second largest town) on the 30th.

A junior event with many interesting non-cash prizes takes place on Sunday the 23rd, where several hundred are expected to take part!

Schedule in the Corsica Masters:

The Final will be on Sunday the 30th in Ajaccio. 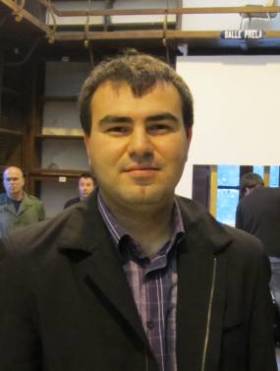 But also useful is the French Federation site: