The first game in a longer match is often a cautious affair and this was no real exception.

Ponomariov opened with 1.e4 and not surprisingly Gelfand met this with his favourite - Petroff's Defence. Against this reputedly 'ultra-solid' system the white player always needs a specific idea up his sleeve, otherwise he gets next to nothing.

I don't think that Ponomariov's early moves surprised his opponent and Gelfand was able to neutralize any slight pressure. After a quick tactical fourish both kings were exposed in a queen and minor piece pseudo-ending, so it was no surprise that the game ended in perpetual check. 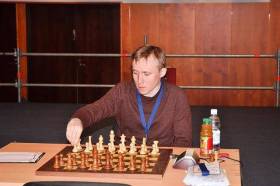 So honours shared in the first game, but many will be wondering who will have the staying power to finish ahead.

Gelfand for example has had the advantage of an additional rest day. He beat Sergey Karjakin quite comfortably in both classical games and didn't have to spend time and energy on the play-offs. In contrast after two solid draws, Ponomariov and Malakhov then played out some sharp rapid games.

The first of these was double-edged with both sides missing chances for an advantage, the final chapter being Malakhov keeping his composure in the rook endgame to convert the win.

However from then on Ponomariov's stronger will-power enabled him to overcome his opponent. In the second of the rapid games Ponomariov was worse for the first half of the game before finding a trick to seize the initiative. Then with good technique he even won this game.

A psychological blow from which Malakhov didn't recover. In the third game Malakhov was 'move-ordered' (i.e. Ponomariov found a series of moves in the opening that directed play away from Malakhov's repertoire) and played too passively when faced with an opening that he didn't know. Ponomariov built up his attack, sacrificed a piece, and was able to obtain an endgame two pawns ahead. By converting his advantage he obliged Malakhov to win at all costs in game 4, but Malakhov still hadn't digested losing the second game and played very weakly enabling Ponomariov to win the rapids 3-1.

Four classical games in four days is another type of chess, but fatigue could still play a part in deciding the winner. Ponomariov is quite a deal younger than his opponent, although Gelfand has stayed fresh throughout! 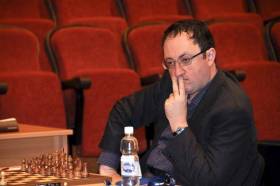