In the first round Nigel Short sacrificed a piece for several pawns but in the endgame of bishop and six pawns versus two bishops and two pawns the pawns were blockaded and Ivanchuk was picking them off one-by-one when Short resigned.

Nepomniachtchi against Alekseev was a steady Petroff where White accepted a repetition in the early middlegame.

The all-Cuban battle between Dominguez and Bruzon was the longest game of all. White had the bishop pair in a type of closed Spanish or Italian but for most of the game didn't seem to have very much to show for all the toing-and froing. Later however White obtained a favourable opposite-bishop endgame a pawn up, but despite the presence of two passed pawns Bruzon was able to blockade the light-squares and earn the draw.

The tournament is a double-round robin run over ten games. After the first round the position is as follows, with a few statistics to get your teeth into!

Nepomniachtchi comes from the same age-group as Carlsen, Karjakin, Vachier-Lagrave, Andreikin, Edouard, Howell, Nguyen Ngoc Truong, Kuzubov, Khairullin and Hammer all of whom are over 2600. A particularly strong selection!

Capablanca features in many people's 'top ten of all-time chess players' and, for many, the Cuban was the best ever player until the modern era. He was certainly one of the most difficult to beat and was particulary renowned for his superb endgame technique. 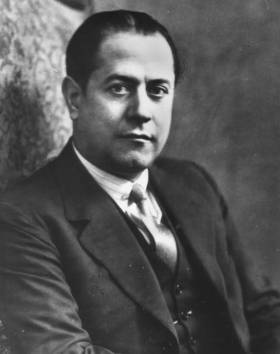 Was José Raoul Capalanca the best pre-war player of all? @ chesshistory.com