In today's games Vladimir Kramnik obtained the bishop pair but the symmetrical structure and Black's solid position didn't give him any real pressure. A mini-combination just led to simplification and opposite bishops.

Alexei Shirov played one of his favourite systems in the Spanish against Magnus Carlsen. Black seemed active at first but not enough to challenge White's central bind. The World No.1 managed to organize a kingside attack with his bishop pair and eventually won Black's queen for rook and knight. White's kingside pawns supported by the queen were too much for Black's defences.

The overall standings are as follows:

Anand has White against Carlsen, whereas Shirov, seeking his first win, has the white pieces against Kramnik.

As a reminder, here is a summary of the earlier rounds: 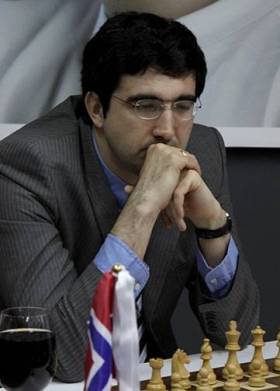 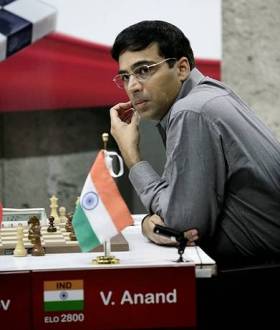 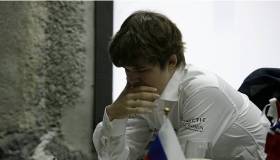 On Friday (15th) you will be able to watch the final round live at the following times: