Could Anand have even drawn the opposite bishop endgame?

This was the position on the board after White's 54th move. 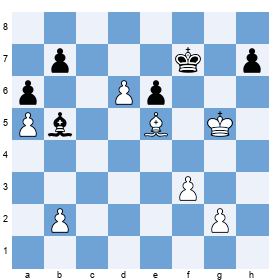 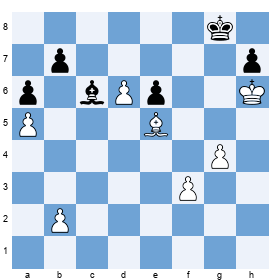 Anand realized that he wasn't going to hold. Here is what I wrote in the news article from yesterday...

Instead of this, Black could certainly have put up better resistance (see the first diagram position) with...

...but the question is: can he draw with best play? Let's look at some plausible lines:

Now White can create a second passed pawn, but on the 'd' and 'f' files they are not sufficiently far apart and Black can switch backwards and forwards to stop them becoming too dangerous.

The only serious try.

White is unable to advance his king up the board as he would then simply drop his f-pawn. In order to win he would like to get his king to g7 and pawn on f6, but Black can stop him!

If White plays the cheeky 69.♔e3 Black should not capture the bishop!

Holding onto the h-pawn for the moment, but White hasn't said his last word! 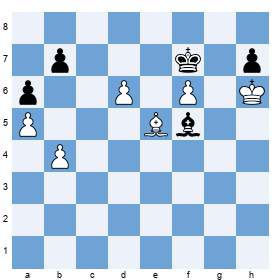 There are three things for Black to watch: the b7 pawn plus the d7 and f7 squares, but he can still draw! 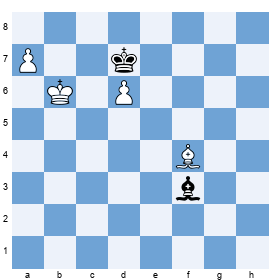 White can't win as the edge of the board prevents White supporting and then promoting the a-pawn.

Conclusion: Anand could in fact have held the endgame. 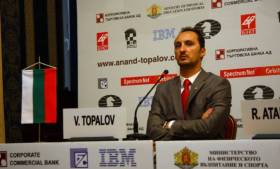 General rule: In order to win opposite bishop endgames it is almost always necessary to create a second passed pawn, but not always sufficient, as we have seen from the present example.

I frequently analyze important games and positions for subscribers in the notable games section. If you have enjoyed the commentated games from the World Championship, and want more then go ahead and subscribe! It won't cost a fortune and you can then access dozens of top level games with my own exclusive notes.

In case you were curious, the match situation so far:

There are only four games of classical chess remaining with the score now being Anand 4 Topalov 4.

This means that both players require 2.5 out of 4 to get to 6.5 points in the twelve scheduled games.

Game 9 with Anand having the white pieces is on Thursday.

Here are our world famous videos!: