There was some discussion and dissent at the Captain's Meeting about the fact that the home country was possibly going to have five teams competing and, as expected, they are already making an impact!

In the Women's event Slovakia, Germany and Serbia have yet to drop even half-a-point. Six teams are just off the pace: China, Ukraine, Georgia, India, Poland and Romania on 7.5/8. In total 26 teams have won both matchs so far.

The pairing system is quite complicated but, in a nutshell, teams on the same match points are paired together where possible. These are sorted and then paired in such a way as those that have the most games points are paired against those with the least. See the 'results' site to see how it works in practice!

The playing venue (a big tennis centre) is in the main photo with its two distinct playing halls.

Some new videos from our friends from Europe Echecs.

I've never seen water-melon carvings before but here they seem to have a taste for it!? 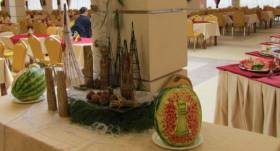 I came across the following powerful image on my travels. Perhaps it was an intentional affect (cleverly thought out by the designers), but looking up with the light shining through it felt dramatic! 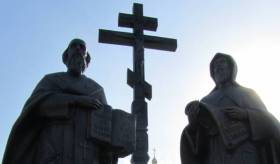 No, they are not chess pieces, I just liked the statue! ©chessanytime.com

Here are some players that caught my eye. 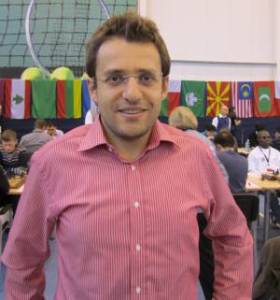 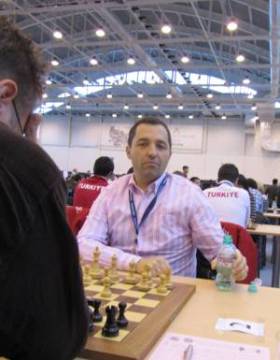 Agrest under the lights. ©Chessanytime.com

The US Women's No.1 Irina Krush. ©Chessanytime.com 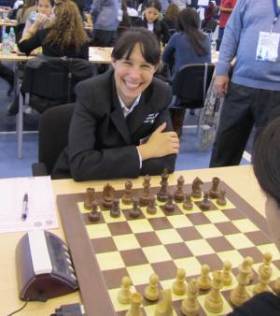