Just behind there are four teams that have won three matches and tied a fourth: Bosnia & Hercegovina, Poland, Ukraine and Sweden.

Maybe the surprise team so far, the Vietnamese, have a secret weapon (database confusion...!): 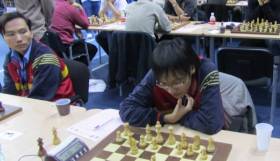 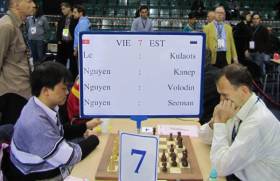 In the first of these, (from left to right) Nguyen Anh Dung (2500) and the more famous Nguyen Ngoc Truong Son (2633) defend their country's colours.

The latter of the trio, Nguyen Duc Hoa (2385), is in the second of these pictures.

Have a look at our video selection:

In the Women's event the four at the top are Ukraine (Lahno), China (Hou Yifan), Russia 1 (Tatiana Kosintseva) and Bulgaria (Stefanova).

One point off the pace are Romania, Hungary, Slovenia and the USA.

There is one more round tomorrow before the rest day on Sunday. 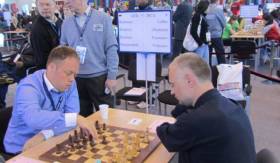 Thomas Luther has represented Germany in four Olympiads and now he finds himself playing against his own country! 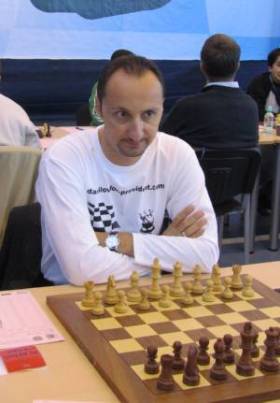 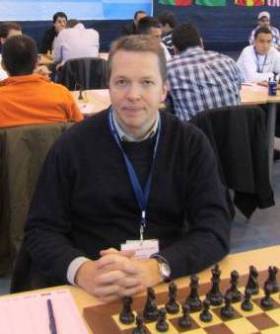 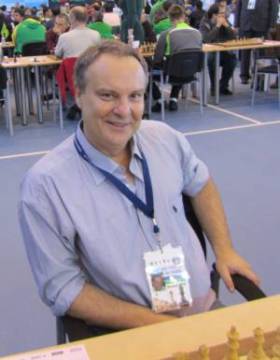 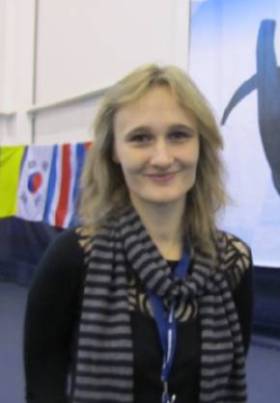 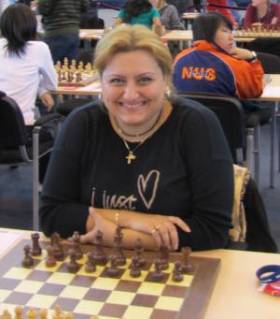 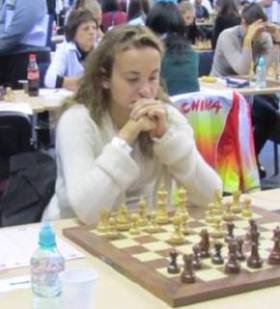