The games today seemed to involve a general preferance to avoid critical theoretical variations. So off-beat sidelines were definitely the order of the day.

Pavel Eljanov continued his remarkable sequence of consecutive Black wins, at the expense of Teimour Radjabov whose run of eight straight draws is thus broken. The Ukrainian winning a manoeuvring game in the Nimzoindian.

In Eljanov's last five games, Black has turned out victorious! This is almost unheard of at this level.

The most direct was Mamedyarov who hammered away at Inarkiev after he tried to take the tactical Azerbaijani out of the book. The Russian's opening as White can't be recommended as he was soon worse!

Akopian was again involved in the longest game against the persistant Ponomariov. Two hundred moves in two days from the Armenian! He managed (eventually!) to force a draw in his inferior endgame. 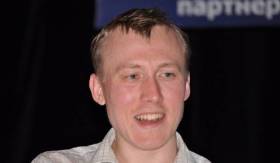 Ponomariov: two wins with Black, none with White! @ official site

There have been eleven black victories in this tournament so far, six of these by the Ukrainian trio!

White on the other hand has only managed a modest eight victories, one of these by a Ukrainian.

Fortunes can change rapidly in such an event, for example Mamedyarov has won his last two and Inarkiev has lost his last three.

There is still time for basically anyone to snatch the tournament from Eljanov. 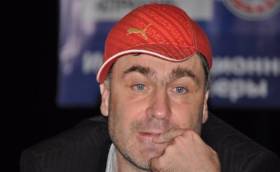 What next from Vassily? @ official site 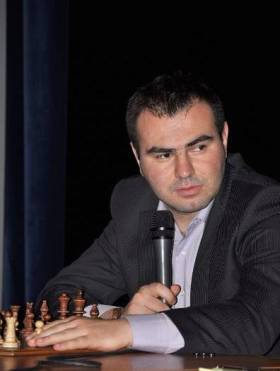 Mamedyarov: On a roll! @ official site

The highest rated player is suddenly in contention.