In the mixed section the first round already produced some major upsets.

The favourites (Economist-SGSEU-1 Saratov) just scraped home winning by a modest 3.5-2.5 against lowly 28th seed CC Margiris Kaunas. On top board Alekseev,E lost to GM Sulskis,S and lower down, with what could be considered as the biggest upset of the day, GM Andreikin,D (2659) took a hot pawn and lost against his lowly rated opponent Laurusas,T (2180). The latter being only 13 years old!

Five teams managed to obtain a maximum 6 out of 6.

There were also some surprises in the Women's competition. Top seeds Monte Carlo only drew their match against CS Cotnari-Politehnica Iasi(6th seed). GM Cramling,P and GM Socko,M losing their games respectively to IM Dembo,Y and IM Peptan,C. This suited Spartak Vidnoe (2) who won with a full score (4-0) against Mika Yerevan(7). 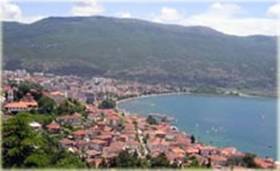