With such a strong Russian field it was certainly a surprise that the relatively unknown Vietnamese Quang Liem Le finished ahead of the pack.

However as a fore-runner of this result he also excelled himself in the Moscow open from earlier this month.

He must be winning a sackful of Elo points!

Korobov also won in the last round and thus managed to overtake his opponent and thus with 6.5/7 finished second alone. Motylev, Zhou, Grachev and Nguyen Truong Son were third equal with 6 points. 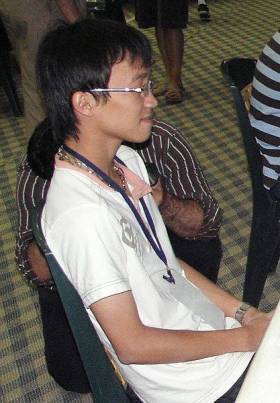 We will be hearing more from Ngoc Truong Son Nguyen in the near future!

Only two Russians in the top six places.