The favourite Etienne Bacrot only finished a disappointing third but also remained unbeaten, as for that matter did Iossif Dorfman who achieved eleven draws!

The 85th French Championships took place in the eastern city of Belfort from the 9th to 21st of August.

Alongside the main event, there were as many as ten other tournaments for all strengths, plus bonus events such as a one-day rapidplay and simuls against World Champions Anatoly Karpov and Boris Spassky.

The Novotel-Astria Congress centre in the historic old town was the venue in the fiefdom of iconic organizer Jean-Paul Touzé, who happens to have a close business relationship with Anatoly Karpov who was present at the closing ceremony.

As many as 700 participants were involved in this prestigious festival.

Fressinet was particularly efficient against the lower half and gains further rating points following on from his excellent form in the Pamplona tournament.

This afternoon at 2pm (French time) Laurent Fressinet (2697) and Romain Edouard (2620) will play-off for the title in some rapid games. 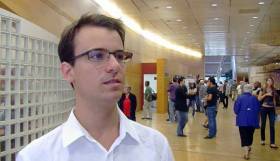 For the fourth time in her career Almira Skripchenko has won the French Women's championship. She finished comfortably ahead of last year's winner Sophie Milliet. Skripchenko remained unbeaten and was efficient against the back markers.

Here were the results in the double-robin tournament.

Almira Skripchenko lived up to her role as favourite in the absence of French No.1 Marie Sebag. 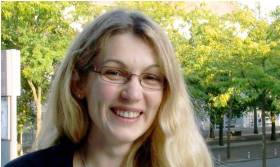 One feature in France is a 'B' Championship (another 12-player round robin) with qualification places for next year's A-group. Jean-Pierre Le Roux was first and Andreï Shchekachev second are thus promoted.