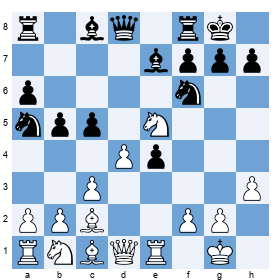 I have a feeling that White should be able to obtain a slight edge with correct play in the Gajewski system, but as the game showed he has to be very accurate. 13...Bb7 looks like a good novelty, but requires more practical tests.

Go to ChessPublishing to see more of the very latest King Pawn theory!