Grischuk employed an unusual rook manoeuvre early on to take play out of the books. Then in the early middlegame the fight for the initiative led to Topalov giving up two minor pieces for rook and a couple of pawns. The pawns soon fell but he placed both rooks on the seventh and aimed to maintain pressure despite his material deficit. Grischuk however found a way to entangle the rooks which led to him obtaining the favourable material balance of rook, bishop and knight for the queen with play only on one wing. Too much for a lone queen to handle so Topalov threw in the towel.

The Advance Variation of the Caro-Kann can be handled in a number of styles by White. Gashimov chose a line involving quick piece development and then varied by moving his light-squared bishop a second time, which somehow contradicts this approach. His ensuing combination, involving a temporary piece sacrifice, just led to mass simplification and a dead drawn ending.

Gelfand-Aronian in many respects involved play akin to a Queen's Gambit Declined. This so-called 'Carlsbad' pawn structure involves heavy manoeuvring, which indeed occurred but neither side was able to generate any winning chances.

Topalov will now not be World number one after this event, but a draw tomorrow will still lead to him gaining rating points. 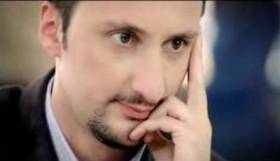