Here are the results of the leaders, all had three points before the fourth round except Michael Adams who had the 'upfloat'. Adams was the only winner with the White pieces on the top twenty boards, whereas there were three wins with Black and as many as 16 draws. 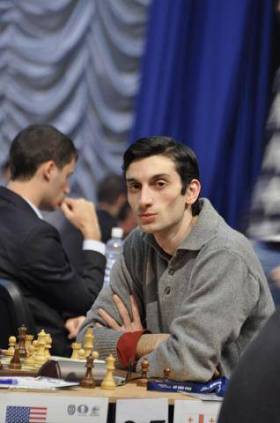 Baadur Jobava one of two players on 4/4!

The top seven boards of the women's event were as follows. Monika Socko is now half-a-point ahead of seven players on 3.5.

The number in brackets is the player's total before the game and their highest FIDE title is also mentioned. You may have noticed that there are several different titles in the Women's event! The following table should help explain the relative importance of these labels.

The latter two titles have never really caught on and have limited recognition in the real world.