The World open is the apex of an American system of open tournaments with mega-prizes, but only a small number of players ever go home happy!

The dramatically named 'World Open' lives up to its name as players from many countries are willing to come to Philadelphia to tempt their chance, some year-after-year.

I counted 24 countries represented in the main section and these from every possible corner of the globe!

In fact in 2010 there were nine different tournaments for all strengths and tastes. The featured event was a nine round Swiss with a classical time limit of 40 moves in two hours followed by an hour to finish the game.

The prizes in the actual World open were as follows:

plus some special prizes.

After Laznicka, came Harikrishna, Smirin and McShane on 7/9, who shared second to fourth.

A special rule that may eventually become more widespread was that 'players must submit to a search for electronic devices if requested by the director'. Rules concerning the use of headphones, earphones, or cellphones and the need to ask for permission to leave the same floor of the venue are fairly common in Europe.

Another idiosyncrasy in the US is that players can start late, switch tournaments, take byes and seemingly come-and-go at will! I personally can't see this particular American approach being adopted in the old world.

Here are the players who finished in the prizes. The top 17 are all GMs whilst those finishing 18th and 19th are only IMs. 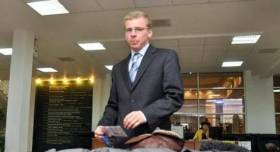