Despite Kramnik's charge, the youngest participants Carlsen and Howell (both 19-years-old) are the players winning the most rating points after six rounds.

First to finish was Howell-Nakamura where Black's ...g5 in the French led to lively play. However simplification led to opposite-coloured bishops and no realistic winning chances, despite the players carrying on until the time control.

Neither of these players are known for their propensity to draw, but you can't always win by will power alone!

Nigel Short was thrown off-balance by the surprising line chosen by Kramnik. He tried to play in an active way to exploit the position of White's queen on b3, and this led to double-edged play, but White always had an extra pawn.

Later on the Englishman obtained some counterplay but Kramnik was able to combine defence with grabbing the h-pawn.

The Rook and knight ending was winning.

Carlsen played quite ambitiously in the opening with an early advance of the g-pawn. Adams had to react aggressively to stay on the board, and so he sacrificed material to fight for the initiative. A piece down but with plenty of compensation, Adams even found a neat combination to leave him with a superior endgame. The presence of opposite-coloured bishops enabled Carlsen to hold out for the draw, but Adams can be pleased by the way he out-combined the world number one.

McShane was pressing early on and Ni Hua's pieces were rather tangled, but he fought back with some carefully timed tactics that forced McShane into simplification. The endgame turned out to be favourable for Black and the Chinese GM demonstrated fine technique to convert his advantage. A game I'll certainly come back to as I'm interested to see if White could have saved the Rook and Bishop versus rook and Knight endgame.

In the fifth round Luke McShane was awarded the Best game prize for his win over Nakamura.

This game plus Howell's interesting draw against Kramnik will be featured shortly in the next Notable Gmaes package.

So Carlsen's advantage has been cut to the smallest of margins going into the last day.

The pairings for the seventh, and indeed final, round tomorrow are the following. 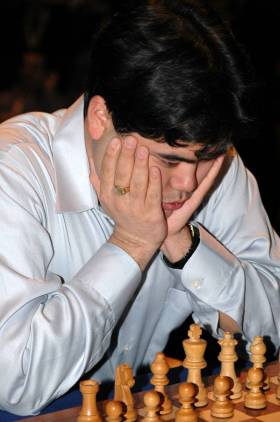 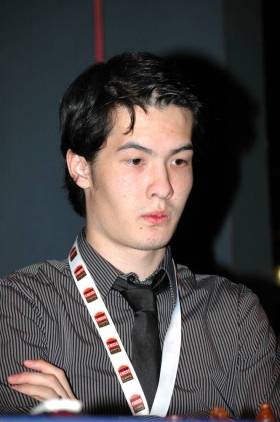