The two leaders, having already played together, had to 'float down' to players with a half-point less.

When all the leaders draw, like today, it enables others to catch up, so things could become even tighter in the final four rounds.

As you can see in the table a number of the top seeds are not far behind and definitely still in contention.

The experienced contenders Vladimir Akopian and Rejkavik champion Ivan Sokolov are now only half-a-point off the lead. 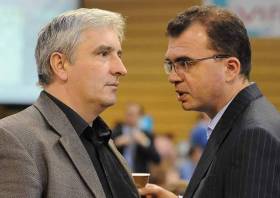 Yelena Dembo, Pia Cramling and Ketevan Arakhamia all won and are now in the pack just behind Monika Socko. 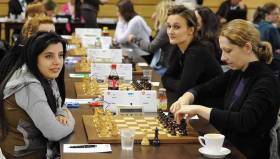