Four wins and five draws were sufficient for Grischuk to finish ahead of second-placed Svidler, who won as many games but whose tournament included a loss to tail-ender Sjugirov. 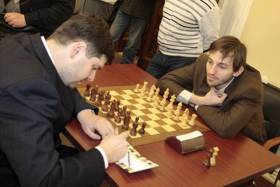 Here are some examples of Grischuk in action.

The new champion won four of his five Whites. These included a long grind in round one and the following three rather convincing displays: 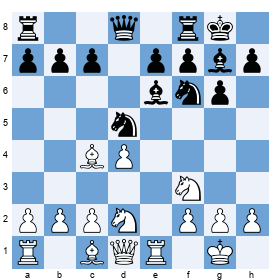 A new move and rather a good one!

An attempt at distraction that doesn't lead to any reduction in White's pressure.

Black's structure is seriously damaged and White's minor pieces have excellent play. The nominal material advantage of 'the exchange' is quite often irrelevant on a crowded board in those cases where rooks have little scope.

Black avoids losing his e6-pawn but at a high price in positional terms. 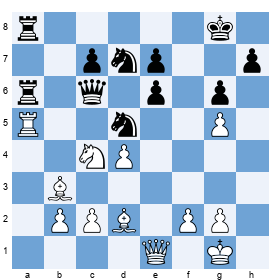 An attempt at liberating his position, but it leads to the loss of the c-pawn. 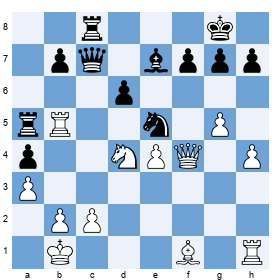 His opponent has no counterplay to speak of, so Grischuk can just get on with matters on the kingside.

A thematic blow. The pawns are used as battering rams to prise open Black's king.

With a deadly fork. 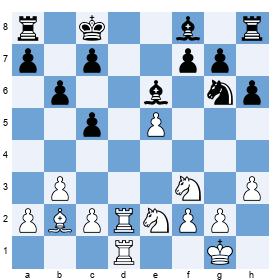 The critical move. As for alternatives, White hasn't had much success with other moves in this position.

Grischuk is ready-and-willing to sacrifice a pawn for the initiative. 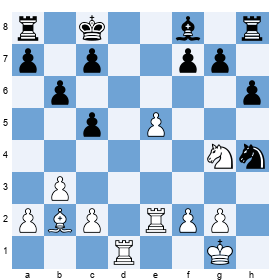 All White's pieces are activated and Black is no longer able to blockade the e-pawn so e5-e6 will remain in the air.

Otherwise White could play 23.♘xc4 ♗c5 24.♖d7, but then after 24...♖f8 it's not clear how White should continue. Black at least has some breathing space once his bishop makes it to c5.

At least this breaks up White's pawns, but it's the relative activity of the pieces that ensures that White keeps a big advantage.

A sensible reply, but 26.♖xg7!? ♘f8 27.fxe3 ♔b7 is also possible. White obtains an extra pawn and good piece play in either case.

Or here 27.♖xg7 ♔b7 transposes to the previous note. Clearly Grischuk was aiming for even better than this. 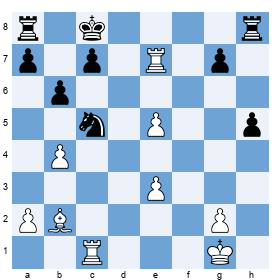 Jakovenko naturally feels more comfortable with his knight on e6 (rather than a6!) but Black is still a pawn down.

Fixing the queenside and preparing ♗-a3+.

White doesn't win a piece (the d1-rook is hanging) but obtains a promising endgame in all lines.

The final cross-table is as follows:

In the Women's event 7.5 was required by Alisa Galliamova to outpace Nadezhda Kosintseva. 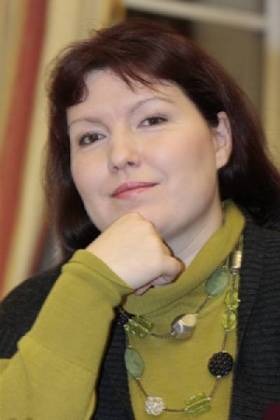 Alisa Galliamova made 7.5 points out of 9. Not many women obtain 2700+ performances whilst winning their national championship!
© official site