The race for the title was more or less over once Kramnik draw at a point where Carlsen was better with no real losing chances. However by getting short of time and going into an unclear queen ending rather than settling for a draw things suddenly became less certain. Finally a draw (down to the bare kings!) must have been a relief in the end!

Vladimir Kramnik can be fairly pleased with his performance after coming back from a first round loss to take second place.

Michael Adams was rarely in danger and was close to winning in earlier rounds against both Nakamura and even Carlsen. However he finally won against Luke McShane to get to equal third. He shared this place with David Howell who demonstrated his class by going through the event unbeaten and who also won for the first time in the final round.

The four players who finished in the bottom half of the table were no doubt disappointed with their overall result and their form in general.

Many eyes were on Short-Carlsen as both players rattled out the moves until Black obtained a favourable Queen and Knight versus Queen and Bishop ending.

Carlsen pressed, Short wriggled and finally this was the last game to finish. The Norwegian must have been close to winning at some point, but Short held out and, after the exchange of minor pieces, was even thinking about winning. The pawn race in the queen ending was exciting but only drawn.

In Ni Hua-Howell, David played a thematic pawn sacrifice that is known to gum up White's development, as well as damaging his structure. The game continued on its way and even the exchange of queens couldn't change one's impression that Black had plenty of compensation.

When David finally regained the material Ni Hua was left with a poor bishop on a2. Furthermore Black had the bishop pair in an open position.

David was happy to trade off pieces to enter a Rook and opposite bishop ending with a big passed pawn and superior pieces. Ni Hua was forced to soon resign as he was helpless in the face of the Black king pentrating into the white camp.

Luke McShane chose the Breyer variation of the Spanish. A manoeuvring line where Black concentrates on reorganizing his pieces even if he remains with a slight space disadvantage deep into the middlegame.

White's position looked pleasant with a knight posted on f5, but McShane played around it and was able to find good squares for his own pieces before sharpening the struggle on the kingside.

However he got rather carried away and sacrificed both knights to open up White's king, but Adams calmly danced about with his monarch and Black was left short of firepower and down on material.

The Ragozin variation (a hybrid between the Nimzoindian and the Queen's Gambit Declined) can sometimes require patient manoeuvring with the centre closed. However here both players looked in the mood for a scrap and the position became quite sharp after Kramnik broke out with 8...e5 and Nakamura castled long.

With Black looking quite active the American played for tricky complications with 18 f5. Kramnik decided to sacrifice the exchange and obtained two pawns, (which was reminiscent of Nakamura-McShane! although here the position was more open).

Kramnik's pawns weren't that dangerous and White's queen and rook were rather active, so chances were about level when a draw was agreed.

So the final rankings were the following:

First of all, there are six main prizes:

The London Chess Classic has been a wonderful event and clearly very popular with the public. Let's hope there will be other top class chess taking place in England's capital city soon!

You may have noticed that I used song titles as the header on certain days. Here is the complete list (with music for all tastes!) with the name of the main artists:

For further information go to the official site: Official site for the London Chess Classic. 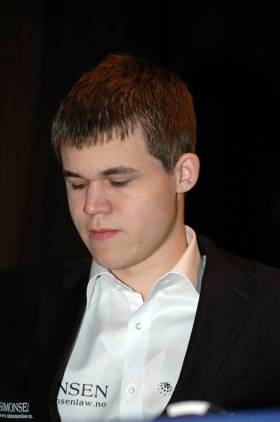 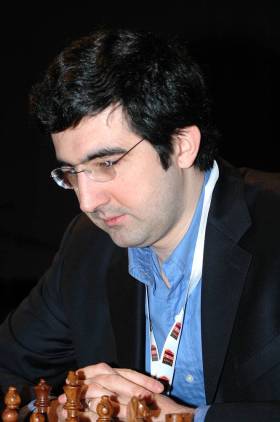