Topalov just about threw everything including the kitchen sink at Anand in order to try and win with Black, but only obtained half-a-point. An exciting draw in which there was much to analyze, see below.

The primary aim of both players is to get to 6.5 points in the twelve scheduled games.

A particularity of this match is that Anand played with the White pieces again in round 7. They are both scheduled to receive six of each colour, but it's the first time I can remember anyone having a double colour in the middle of a key match. 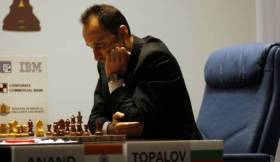 Have you been following our videos? Here they are! 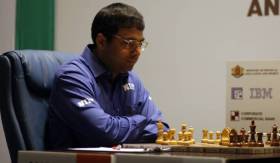 The strongest Asian player of all time. @ official site

Despite having the black pieces Topalov plays very optimistically. He sacrificed material for activity in a blatantly risky fashion to try and equalize the match.

Anand couldn't find a clear route to an advantage, but nor could Topalov, so it seems that the Bulgarian had sufficient compensation for his sacrificed material, that is, only for a draw.

We couldn't find any clear improvements for either side which suggests that the game was well-played. The opening looks slightly outrageous but presumably isn't that bad at all!

The idea is that White's bishop has been induced to a not-particularly-useful square on d2.

Redeploying the bishop and preparing harmonious development with ♘b-d2.

Black can develop his pieces normally with a solid set-up (Topalov has already played both 8...♘bd7 and 8...b6 here) but by nature he likes to mix things if he can! 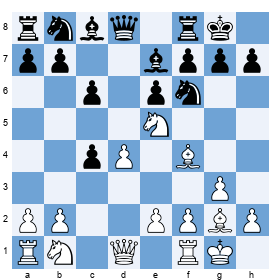 A wild idea that was played for the first time recently by Ivanchuk.

The only previous game continued with 11...♗a6 12.♗xa8 ♕xa8 13.♕c2 ♕c6 14.♗g5 ♗b7 15.f3 e5 16.♗xf6 ♕xf6, as in Gelfand-Ivanchuk, Melody Amber blindfold Nice 2010. To be frank, this speculative exchange sacrifice looks more at place in a blindfold game than in a World Championship match! In that game after 17.d5 ♗xd5 18.♘c3 White was able to bolster his defences but unable to exploit his material advantage and the game was eventually drawn.

White has a whole exchange more, but Black has completed development, the bishop pair and a queenside majority. So there is some compensation while White's rooks are dormant, but is it really enough long-term?

Another idea is 14.♘c3 e.g. 14...♘xf4 15.gxf4 b4 16.♘e4 ♗c6 17.♕c2 ♗d5 18.♖fd1 ♖c8 when Black certainly has practical chances for the exchange. Two good bishops can often be adequate compensation for rook and knight, but here if White moves his knight and then plays e2-e4 does Black have adequate counterplay with ...c4-c3? This requires further analysis to reach a honest conclusion.

Opening up the bishops. This won't be the last case of Topalov defying the normal rules about the importance of pieces and pawns!

The Bulgarian is now a 'piece for a pawn' down but his central passed pawns have a significant cramping effect. 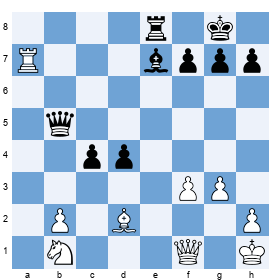 Forcing a concession from Black.

An extra piece, but by no means a comfortable task to exploit it. Indeed White has to be the most careful and probably isn't even objectively better! 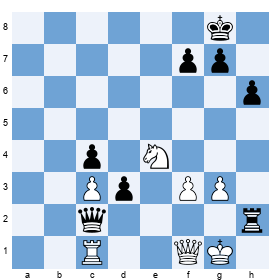 Now it is the Indian who is trying for more than a repetition, but Black seems to have adequate compensation. 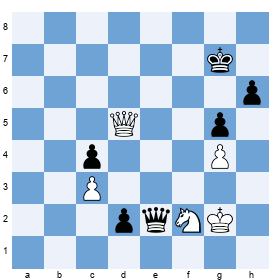 Neither side can break the deadlock.