Many observers were interested in the form of the highest-rated participant Alexander Morozevich who hasn't been doing that well of late. Apparently he has become somewhat disillusioned with the life of a professional player. 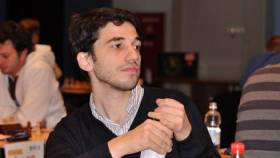 Equal first for the Frenchman @ paperblog.fr

Laurent Fressinet (the second seed) took advantage to beat the Russian and make it to 6.5/9.

Can Morozevich get back his motivation after this? 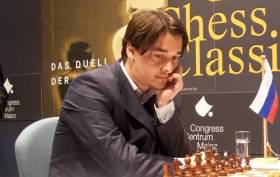 Still out of form @ chesstigers.de

The Polish GM Radoslaw Wojtaszek is still only 23, but has already achieved some high-level results over the past few years. His most notable result however was at a junior level as he was World under eighteen champion in 2004.

Fressinet has been making steady progress over the last few years and could be the third French player with a 2700+ rating on the next list (Etienne Bacrot and Maxime Vachier-Lagrave are already there noting that former French number one Joel Lautier is essentially retired).